Our team of permanent staff and seconded national experts brings together the expertise and experience needed to achieve the CoE’s objectives and help maximise the potential of European civilian crisis management. National experts are seconded by their governments, i.e. CoE members. Should your country be interested in seconding staff to the CoE, please contact us at secondment@coe-civ.eu. 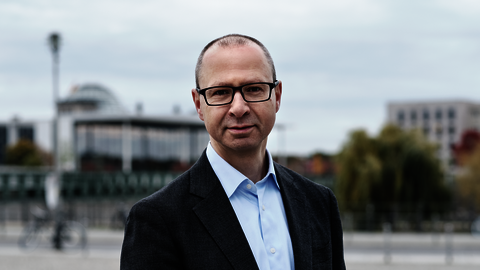 Volker Jacoby is the Founding Director of the CoE. Before, he was Head of Training at Germany’s Center for International Peace Operations (ZIF). Volker looks back at 15 years of work in international cooperation, among others as Deputy Head of Mission a.i. (OSCE, Bishkek), Head of Politico-Military Affairs (OSCE, Georgia), Senior Economic and Environmental Officer (OSCE, Bishkek), Political Affairs Officer (UN, Dushanbe and Ashgabat), and Political Analyst (OSCE Election Observation Missions in Moldova, Uzbekistan, Ukraine and the UK).

Volker holds a PhD in Political Science/International Relations. He speaks German, English, Russian, and Armenian, and is a member of the ZIF Expert Roster.

Marie Wellmann is the Special Assistant to the Director, supporting him in his daily duties, matters of operations and strategy as well as in organisational development and team coordination. Marie also works within the CoE’s operational portfolio on National Systems and Frameworks and in the area of Climate & Security.

Marie worked as a project and cultural manager in her own firm Culturalis kulturmanagement after finishing her certification as an event manager with honors, where she focused on producing international performing arts events all over Europe.

Before joining the CoE, she was Head of Project and Office Management for Berlin’s biggest improvisational theatre Die Gorillas, where she coordinated two long term European cooperation projects, administered the daily theatre business, and was the Head of Production Management for the annual international festival IMPRO.
Marie speaks German, English, and reasonable French. 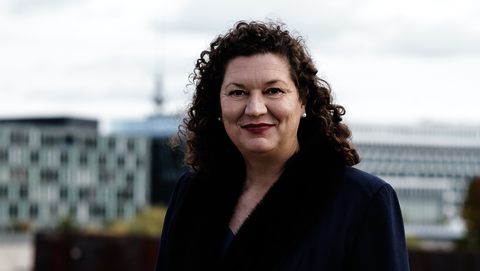 Ilka Eisenträger is Head of Administration at the European Centre of Excellence for Civilian Crisis Management (CoE). Before, she was Head of the Grant Department at the Caritasverband Berlin e.V.

Leila Pietiläinen is the Administration Assistant at the CoE. In the last five years before Leila joined the CoE, she was working in refugee shelters in Berlin, first in personalised supporting and mentoring for unaccompanied minor refugees, then in Administration. Before that, she worked in the context of the reunification of Germany for federal authorities and institutions, such as Treuhandanstalt, BvS and TLG Immobilien, for about 20 years.

Leila holds a Master's degree in Anglistics and Germanistic Linguistics from the Technical University of Berlin. She speaks Finnish, German and English and also has a knowledge of Swedish.

Stefanie Mavrakou is Junior Policy Officer for Civilian Crisis Management at the CoE. Her background is in international security and crisis management. She has work experience in both the private and the public sector, spanning the United Nations Office for Drugs and Crime, NATO’s Joint Force Command Brunssum, and the European Commission.

At the European Commission Directorate General for Civil Protection and Humanitarian Aid Operations, she was a Blue Book trainee in the operational unit for West & Central Africa.

Stefanie holds a Bachelor’s in Geography from the University of Cambridge and a Master’s in International Affairs from the Hertie School. Her latest publication examines the climate change - terrorism nexus. Stefanie is fluent in English, German, French, and Greek. 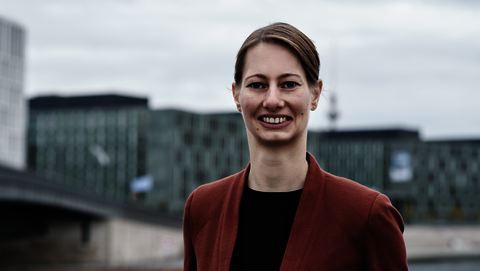 Daniela Dietmayr is Policy Officer for Knowledge Management at the CoE. She is responsible for knowledge management and internal workflows at the CoE as well as the CoE’s Knowledge Hub on civilian crisis management. Before joining the CoE, Daniela worked as Assistant Desk Officer at the Federal Foreign Office, Division S03 for Crisis Prevention, Stabilisation and Peacebuilding, where she managed projects aimed at strengthening good governance and the rule of law as well as the prevention of violent extremism in the MENA region. Before moving to Berlin, Daniela was with the Working Group on Peace and Development (FriEnt) in Bonn where she was responsible for a monthly newsletter and the organisation of a conference on challenges and trends in international peacebuilding.

Ariane Bonnier is Junior Policy Officer for Knowledge Management at the CoE. Before joining the CoE, Ariane was in charge of knowledge management processes at GESCOD, a French NGO working on international cooperation projects. While she was teaching French in Vienna, she aquired experiences in pedagogy as well.

Ariane holds a Bachelor’s in Sociology, undertaken at the University of Strasbourg and the University of Oklahoma and a Master’s in International Relations with a focus on Borders Studies from Sciences Po Strasbourg. She is fluent in French, English and conversational in German and Spanish. 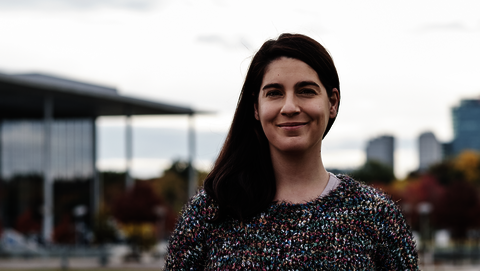 Before coming to the CoE and to Berlin, Estela worked as Director and Policy Analyst for EU Cohesion Policy at the Conference of Peripheral Maritime Regions (CPMR), a Brussels based organisation representing over 150 local and regional governments. She also worked as Information and Communication Officer at the European Commission, where she started as a trainee.

Estela holds a Master’s in European Interdisciplinary Studies from the College of Europe, and a Master’s in Contemporary History and a Bachelor’s in History from Universidad Complutense de Madrid. Estela speaks Spanish, English, French and German. 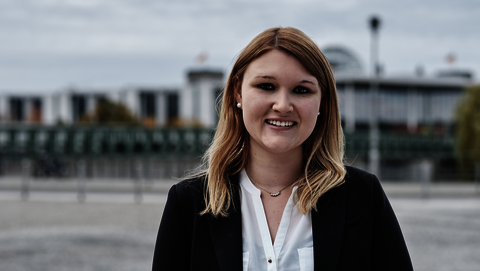 Franziska Žibert is the Junior Policy Officer for Public Relations at the CoE. She holds a Master’s degree in Cultural Policy & Arts Management from University College Dublin and has also studied History, Spanish and Media-Management.

Franziska has a background in communications, PR and marketing and has worked for the editorial department at the University of Cologne. She has lived and worked in Australia, Chile, Thailand and Dublin. Franziska is fluent in German, English and Spanish and also has a knowledge of French and Slovenian.

For the duration of Estela López-Hermoso's parental leave, Franziska Zibert will be responsible for the Public Relations activities. 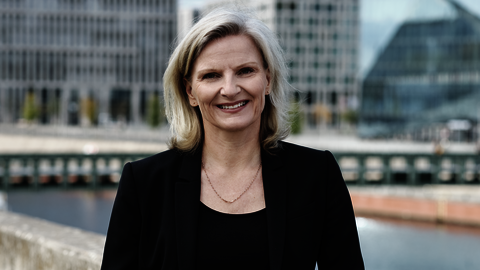 Taina Järvinen is a Seconded National Expert from Finland at the CoE. Previously she worked as a human rights and gender expert in crisis management at the European External Action Service (EEAS) in Brussels. Her background is in International Relations and International Law and she holds a Master’s degree from the University of Helsinki.

Taina Järvinen has extensive experience in the field of international human rights and gender equality as a practitioner, adviser, lecturer and researcher. Among her previous positions, Taina Järvinen has been Human Rights Advisor at the Finnish Foreign Ministry and served with EU, UN and OSCE field missions in Ukraine, Afghanistan, Aceh Indonesia and East Timor. Taina speaks Finnish, English, Swedish and German.

Martina ­­­­­Perazzolo is a Seconded National Expert from Italy at the CoE. She is a captain of the Arma dei Carabinieri.

She upholds a wide range of experiences on an operational level, gained in executive assignments. Over the last seven years, she has been in charge of Carabinieri territorial detachments, first in Veneto and then in Sicily. There, Martina was responsible for the process of developing and applying strategies to assure safety and security in the most effective way. She was supervising various investigations, particularly related to organized crime, as well as managing human resources. Martina has been a key-speaker in seminars on themes such as “Legality and Culture”, “Gender equality” and “Cybersecurity”.

She served as Deputy Chief of Operation in the TIPH international mission in Hebron, Palestinian Territories, with the specific task of monitoring and documenting the violation of human rights.

As an instructor for Palestinian Police trainers in Jericho, she was lecturing on gender issues and communication matters. At the Cadet Carabinieri School in Turin she was teaching policing and EU law topics.

Martina attended the Military Academy in Modena and the Carabinieri Officers School in Rome. She holds a Master´s degree in Law and a PhD in Science of External and Internal Security. She is fluent in English and has a basic knowledge of German, a language she is eager to improve during her stay in Berlin.

Vincenzo Tagliaferri is a Seconded National Expert from Italy at the CoE. He is Senior Full Colonel of the Italian National Police and has recently concluded four years as Head of Mission of the civilian CSDP Mission EUBAM Libya. In 2015, he has been JHA Attaché at the Italian Permanent Representation to the EU.

Vincenzo has 35 years of experience and has a solid background of working internationally with a particular focus on “post-conflict scenarios”. He joined the CSDP family in the aftermath of the fall of the regime in Libya, where he led an EU team for “need assessment for integrated border management” and further participated in a Fact-Finding Mission, a Technical Assessment Mission, and was part of the Core Team launching EUBAM Libya’s first edition in 2013.

During his membership of the Central Directorate of Borders and Migration at the Department of Public Security, he was working both on site and at ministerial level. He mainly functioned in executive roles, such as Immigration Attaché at the Italian Embassy in Tripoli, and was responsible for a variety of tasks tied to internal and external security.

He also served as Advisor to the MoI Parliamentary Under-Secretary of State and as honorary Public Prosecutor for hearing sessions at the Criminal Court of Como. 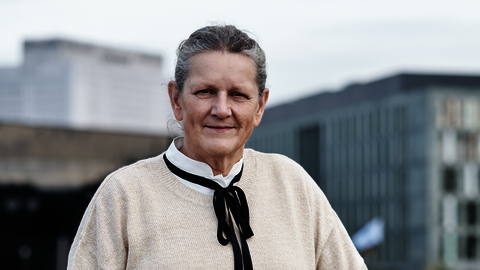 Hanneke Brouwer is a Seconded National Expert from The Netherlands at the CoE. She is a Chief Superintendent with the National Police of the Netherlands where she has most recently worked as a senior strategic adviser on International Police Cooperation. In 2017-2019 she has worked in Brussels as a senior capability development planner in the EU External Action Service, Security and Defence Policy Directorate/civilian CSDP.

Hanneke has 39 years of experience in policing in various positions, mainly in executive roles. From general policing, community policing to more specialized work such as Highway patrol, Special Tactical Arrest Team and Specialized Criminal Investigations. She introduced on a national level the concept of policing with bicycle patrol.

She has international experience in the European context as a member of TISPOL (cooperation of chiefs of police in traffic safety), project leader of the evaluation of Maritime Analysis and Operation Centre-Narcotics (Lisbon), and Netherlands representative in the EUPST consortium. Hanneke has worked as a senior strategic advisor in police matters in CSDP missions (Kosovo, Afghanistan and Ukraine) and was a member of CSDP mission planning teams.

Hanneke holds a Master’s in European Law and Policy from the University of Portsmouth, UK and wrote her thesis about CSDP with the title More commonality in Security? She is a graduate of the FBI National Academy, Quantico, USA. Hanneke speaks English, German and Dutch. 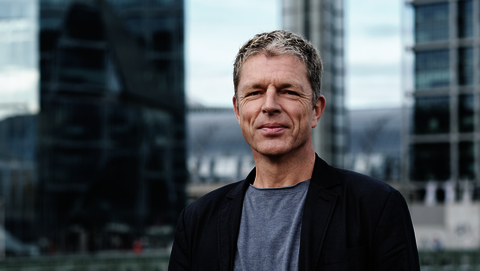 Patrick van de Coevering is a Seconded National Expert from The Netherlands at the CoE. During the last 10 years he has held various positions in civilian crisis management missions in Georgia and Ukraine, including in the areas of capacity building and management.

In his work Patrick builds on his extensive experience with various international organizations, such as the European Union, United Nations, World Bank and the OSCE, both in consulting as well as operational capacities. He is a keen supporter and facilitator of life-long learning and innovative organizational development.

Lisa Buijsse is a Seconded National Expert from Sweden at the CoE, with expertise within the area of secondment. Before joining the CoE, Lisa has worked as a human resources professional in both the private and public sector for about 10 years, covering responsibilities such as recruitment, duty of care, gender equality and diversity. She is seconded to the CoE by the Folke Bernadotte Academy where she has spent approximately six years being responsible for Swedish secondments to CSDP-, OSCE- and UN-missions with all that it entails. Lisa has lived abroad in both Singapore and Tanzania.

Lisa holds a Bachelor’s in Human Resources Management from Uppsala University and has studied a master’s in Gender Studies at Södertörn University. She speaks Swedish and English and has the ambition to also advance her German while living in Berlin.