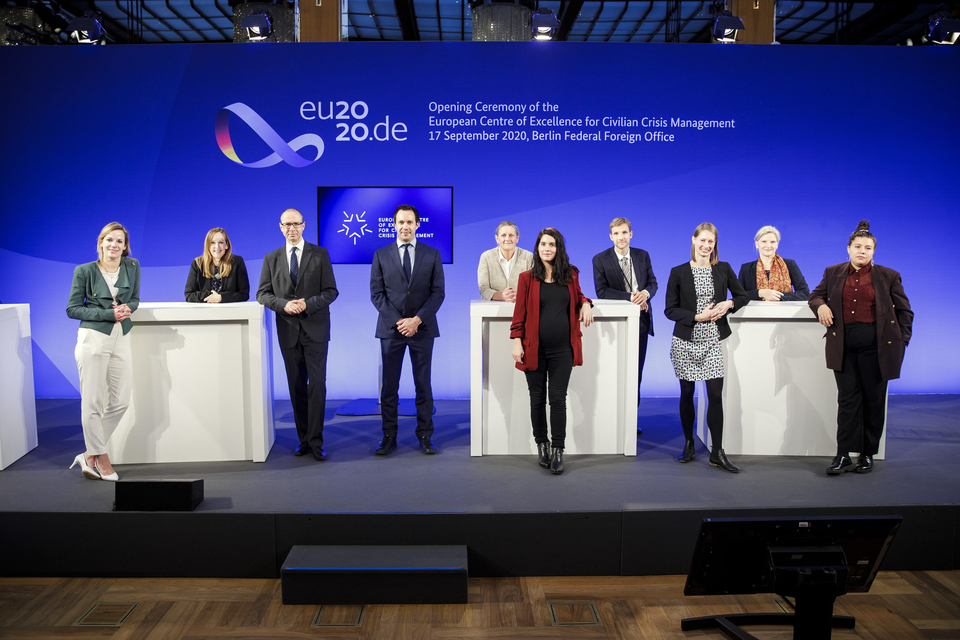 The European Centre of Excellence for Civilian Crisis Management (CoE) officially opened its doors on 17 September 2020.

German Federal Foreign Minister Heiko Maas, the driver behind the creation of the CoE, delivered the welcoming speech before the EU 27 Directors for Security Policy. Minister Maas underlined that “The Centre of Excellence is Germany’s central contribution to the [Civilian CSDP] Compact. But more importantly, it is a joint European project – at the service of Member States and the European External Action Service.”

Check out his full speech here below:

To read his full speech in English, click here.

Volker Jacoby, Founding Director of the CoE, delivered his inaugural speech highlighting the commitment of the pioneers and supporters to the Centre of Excellence, “that makes it – that will – make it truly excellent”.

He also emphasized that “the goal is to identify good practices among member states and partner organizations, augment them with our own expertise and analysis, and make the results of our work equally accessible to member states, the EEAS, and EU missions.”

The Secretary General of the EEAS, Helga Schmid, also offered a warm welcome to the Centre of Excellence.

The speakers at the opening event of the CoE also took stock of a hybrid workshop organised by the CoE on 16 September 2020 on How to increase women’s participation in civilian crisis management missions. Participating in the panel were Finish Secretary of State for Foreign Affairs Johanna Sumuvuori, Spanish Secretary of State for Foreign Affairs, Ibero-America and the Caribbean, Cristina Gallach Figueras, Member of the German Parliament and Deputy Chairwoman of the Foreign Affairs Committee, Daniela de Ridder, and Acting Head of Mission of the European Union Police and Rule of Law Mission for the Palestinian Territory (EUPOL COPPS), Katja Dominik.

The event was moderated by the Deputy Director of the European Union Institute for Security Studies (EUISS), Florence Gaub.

For the highlights of this panel, take a look at the video below: