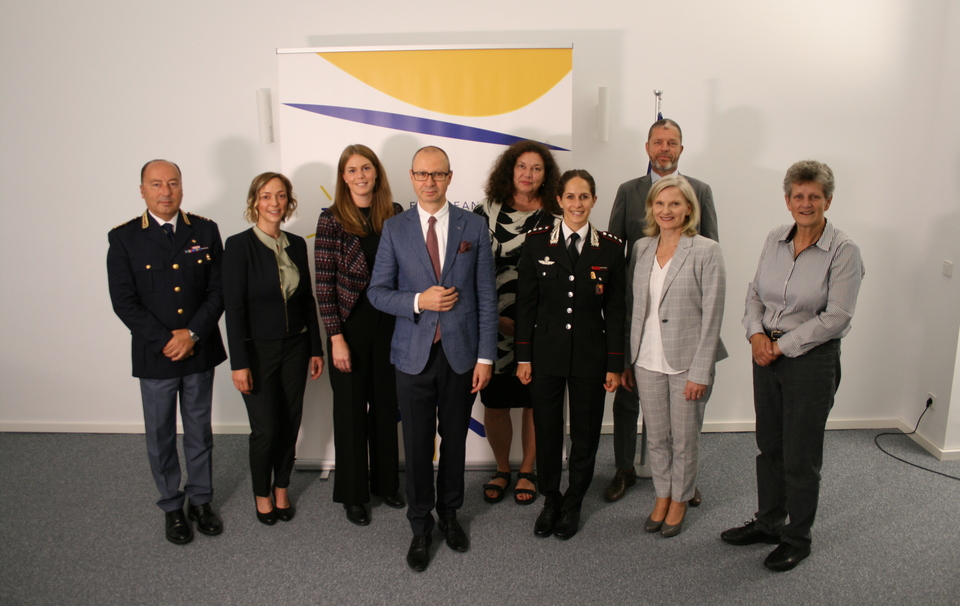 Unbelievable: It has been one year already!

The European Centre of Excellence for Civilian Crisis Management is celebrating the first anniversary of its official opening in Berlin one year ago today, on 17 September 2020! Last year, the CoE welcomed German Federal Foreign Minister Heiko Maas to the Centre’s premises for an inaugural celebration.

Over the course of this past year, the CoE has established the CSDP Mentoring Programme for Women, organised numerous workshops to facilitate the exchange of good practices and lessons learned among EU Member States, contributed to the Annual Review Conference by producing a Report on Member State Capability Development, established a series of commentaries called Civilian Crisis Management Contexts, defined 11 CoE Priorities for the Centre’s various areas of work, and held two (virtual) General Meetings together with its 21 members and EEAS as well as NATO IS as “preferred partners".

In addition to that, the Centre participated in multiple conferences and webinars, among them the SIPRI Stockholm Forum on Peace and Development, a SECDEFPOL NIP Clusters webinar, the Portuguese Presidency conference on “Advancing Synergies”, a European Council on Foreign Relations panel, the International Studies Association conference and the EAPTC 2021 conference.

“With its activities and workshops within 11 priorities, the CoE is delivering on its mandate: to foster exchange, inspire change, and make good lessons applicable. We are proud of our achievements so far and are motivated to continue the fruitful collaboration with our members and partners“

At present, the CoE counts 21 members and 2 preferred partners (EEAS and NATO IS).  Its team has 15 members from 10 different countries, including six seconded national experts from Finland, Italy, the Netherlands and Sweden. Our team is working on ways to foster dialogue, exchange good practices and to provide expert support to make civilian CSDP an even more capable and effective tool of European foreign and security policy. We deeply appreciate the work of every team member and would like to express particular gratitude to our members who second highly valued personnel to support the work of the CoE - to the benefit of civilian CSDP. We look forward to celebrating many more birthdays!