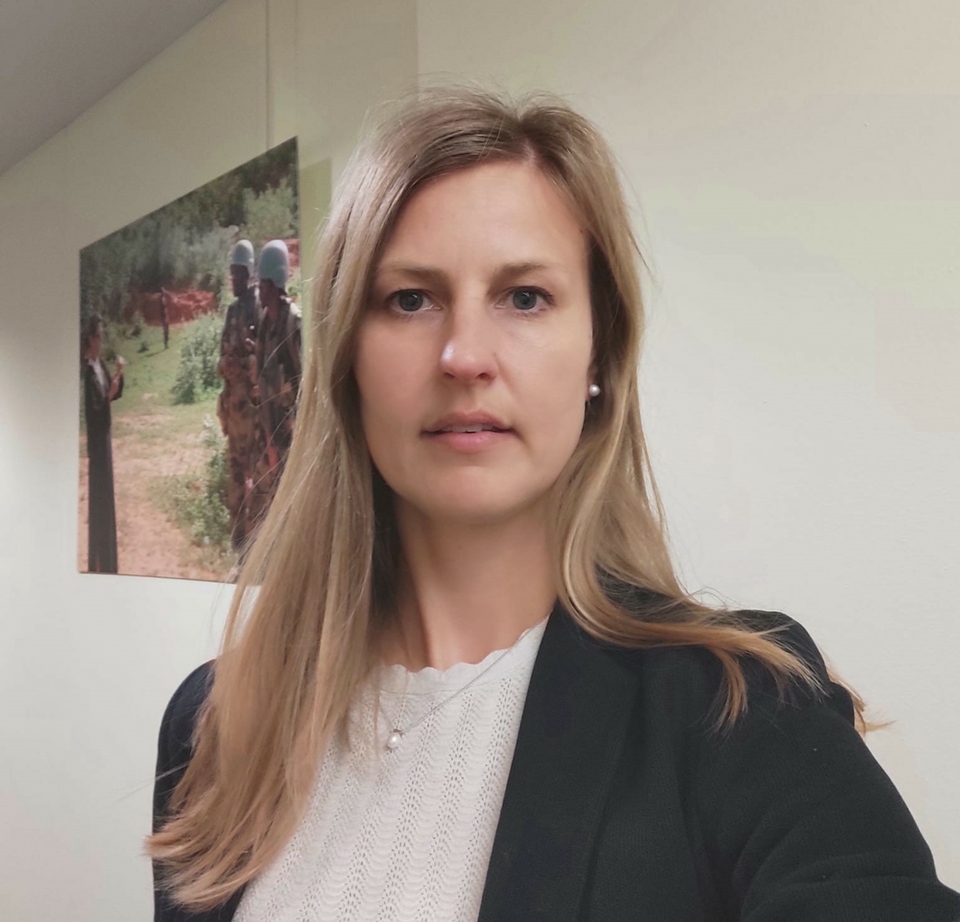 Lina Andéer is the Gender and Women, Peace and Security Advisor at the Civilian Planning and Conduct Capability (CPCC). Previously, she worked for the civilian CSDP Rule of Law Mission EULEX Kosovo in the role of International Gender Advisor.

What is your role as Gender and Women, Peace and Security Advisor at the Civilian Planning and Conduct Capability (CPCC)?

In general terms, my role is to keep track of the EU policy commitments on gender equality and Women, Peace and Security related to civilian CSDP and make sure that we implement them. Sometimes the policy documents are too abstract and we have to translate them into operational guidance which can also help civilian CSDP missions in ensuring a systematic and in-depth gender mainstreaming in delivering their mandates. Since we have Gender Advisors in all missions and additional networks of gender focal points in nearly all missions, my role is also to coordinate with the missions.

What are the recent actions CPCC has taken to increase women’s participation in civilian crisis management, and what still needs to happen and be done to make more progress?

One of the important initiatives we took in CPCC was to start collecting sex-disaggregated data of all human resources data and start analysing the personnel figures from a gender perspective. Since 2019 we can now see the gender balance in different functions and also at managerial levels. To date, progress to increase the number of women has been very slow and the overall percentage of women among international personnel has almost stagnated in the last few years at around 25 %. We can also see that we have particular challenges:for example, we have almost no women serving as operational experts in some of our missions.

To make a leap forward regarding women’s representation we have also developed a strategy and action plan under the direction of the Civilian Operations Commander Francisco Esteban Perez, which includes ambitious targets and a wide range of actions to improve gender balance at all levels and in all functions.

We will always need Member States to nominate women for all positions, but in CPCC and the civilian CSDP missions we also strive to ensure that we attract, select as well as retain women. This also means that missions need to offer a welcoming and supportive work environment as well as gender-responsive leadership and we are working proactively on these work strands as part of implementing the strategy and action plan I mentioned.

If we work together and keep track of the targets and keep women’s participation high on the agenda, I believe we will see positive developments in the coming years.

“We will always need Member States to nominate women for all positions, but in CPCC and the civilian CSDP missions we also strive to ensure that we attract, select as well as retain women.“

How did the collaboration between CPCC and the CoE unfold during the conceptualisation of the Mentoring Programme for Women?

The idea of a women’s mentoring programme has been floating around for a few years in civilian CSDP missions. I think that women in the missions have generally felt a need to come together with other women in the mission and support each other. Women have also expressed that sometimes it is more difficult for them to get a more senior or managerial position. The idea came up in discussions between CPCC and the CoE about possible initiatives to increase women’s representation and we could immediately see the benefit of setting up a mentoring programme together. The support from the CoE was absolutely crucial, since CPCC would not have had the capacity of setting up the programme without the involvement of the CoE. The big interest from missions in the programme and also feedback from participations shows that this is a successful joint endeavour and we hope to continue in the coming years.

“If we work together and keep track of the targets and keep women’s participation high on the agenda, I believe we will see positive developments in the coming years.“

How is the Mentoring Programme for Women contributing to increasing gender balance and promoting women in leadership positions?

I believe that the mentoring programme is a piece of a bigger puzzle: with all pieces coming together we will increase women’s representation and improve gender balance at all levels.  The mentoring programme was designed to offer women a platform of support to develop their professional skills together with others and to increase their networks. Since we sometimes have difficulties reaching out and attracting new women candidates, I think this mentoring programme can encourage women to apply for positions in other missions and is also a way to retain women in civilian CSDP missions.

Since these missions are quite specific, we can also see that previous CSDP experience is an asset when applying for more senior or managerial positions. However, the mentoring programme is not just benefitting women. I have been very encouraged to see the interest of men to join the programme as mentors as well, especially since one of the objectives of CPCC and also an aim with the programme is to support a more inclusive workplace culture in the Missions.

Find out more about the Mentoring Programme for Women: