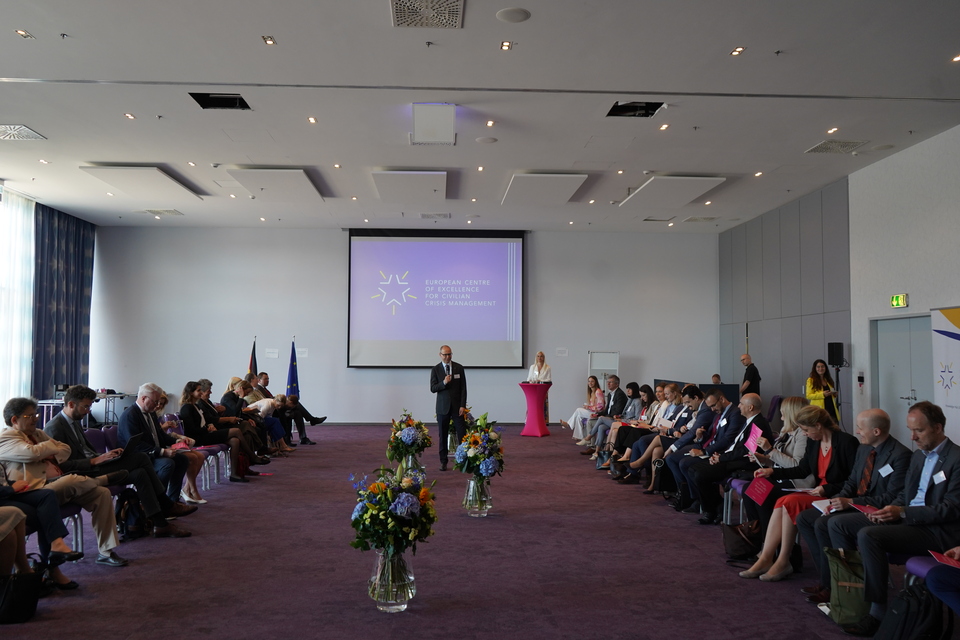 What shall EU Member States use civilian CSDP, as a tool being part of its Common Foreign and Security policy, for? Which “Level of Ambition” in terms of type, number and size should we set for civilian missions in the future? Where should the geographical focus lay for civilian crisis management missions? These were among the questions at the core of the informal discussions between EU Member States, with the participation of the European External Action Service (EEAS), at the “Civilian CSDP Summer Forum” that was co-organised by the CoE and the German Federal Foreign Office on 17 June.

A new Level of Ambition for Civilian CSDP

On 21 March 2022, the Council of the EU approved the Strategic Compass, stating that “we will further strengthen our civilian CSDP through a new Compact that will provide objectives on the type, number and size of civilian missions”.

Against this background, the CoE, together with the German Federal Foreign Office, decided to organise a forum to launch informal discussions on a Level of Ambition in terms of type, number, and size of future of civilian CSDP missions. Bringing together EU Member States and the European External Action Service, the CoE guided participants and steered discussions within small breakout circles, with topics such as:

The central question of the Forum was: What do EU Member States want to use civilian crisis management missions for?

Discussions took place as an initial – and yet informal – step toward formulating a new Civilian CSDP Compact (“Compact 2.0”) in summer 2023. As a follow-up, there will be an Autumn Forum on Civilian CSDP probably in September. Results of both Forums shall contribute to the (formal) discussions in the framework of the Council deliberations at the end of which stands adoption of aforementioned Compact 2.0.

The Forum was a wonderful opportunity for CoE members, the EEAS and the CoE team to get together in a physical meeting for the first time since the Centre was officially opened in September 2020.