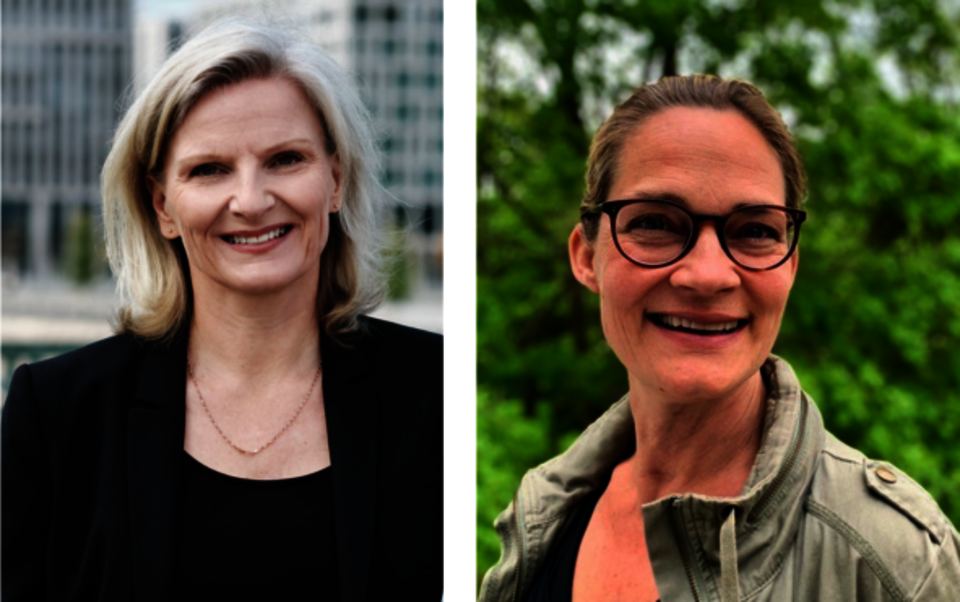 Civilian crisis management greatly benefits from the expertise of capable leaders, both women and men. Security is still a highly male-dominated field. A common goal of the EU Member States is to increase women’s equal participation and leadership in civilian crisis management missions and strive to lead by example. By organising a CSDP (Common Security and Defense Policy) Mentoring Programme for Women, the CoE is supporting these aspirations to include women’s experiences and competencies in civilian crisis management and peace processes. Taina Järvinen, Seconded National Expert at the CoE, and Lena Moll, Programme Facilitator, have conceptualised the programme and are delivering the workshops. We have asked them what the Mentoring Programme is about and why it is so relevant.

Can you briefly describe the outline of the CSDP Women’s Mentoring Programme?

Taina Järvinen: The CSDP Mentoring Programme for Women is a seven-month programme offering structured support and guidance for the participants. It includes training for both mentees and mentors conducted in April as the first step that got the mentoring pairs started on their mentoring journey and will be followed by regular monthly workshops.

The Women’s Mentoring Programme for international experts in civilian CSDP missions grew out of various discussions with CPCC (the Civilian Planning and Conduct Capability, serving as the Operational Headquarters for the civilian CSDP missions) and other stakeholders on what could be offered for women especially in management positions who, in addition to the same challenges as their colleagues, often face specific challenges in working in the traditionally highly male-dominated security field.

How did the idea to develop the mentoring programme come about?

Taina Järvinen: Last September the CoE organised an expert workshop to explore barriers for women’s participation in civilian CSDP missions. A CSDP women’s mentoring programme was one of the recommendations that came out of the workshop. The CoE was recognised as well-placed to carry out such a pilot programme, so together with CPCC we began to develop the plan further.

The idea for a women’s mentoring programme itself is not new, it has been floating around for some time both in the CSDP structures in Brussels as well as in the field, for example EUMM Georgia, one of the 11 EU civilian CSDP missions, was planning a mentoring programme for women within the mission. We were fortunate to have EUMM Georgia join forces and do the programme together with us, bringing in their experience and views from the ground.

What are the main objectives of the Women’s Mentoring Programme?

Taina Järvinen: The mentoring programme is intended to foster the personal and professional development of the mentees as leaders. Furthermore, it aims to expand networks and create communities as well as to support a more inclusive workplace culture.

Although the mentoring programme caters for the mentees and mentors, it also contributes to the policy objectives of improving the gender balance in the civilian missions at all levels that EU Member States have committed themselves to in the Civilian CSDP Compact as well as in the Women, Peace and Security agenda.

How did the cooperation on the Women’s Mentoring Programme between the CoE, CPCC and EUMM Georgia unfold?

Taina Järvinen: The CSDP Women’s Mentoring Programme is the CoE’s first activity conducted together with CPCC that is directly engaging with the civilian missions. The support from CPCC has been crucial, both from the top leadership – Civilian Operations Commander Francisco Esteban Perez endorsed the programme and Deputy Operations Commander Birgit Loeser is a sponsor of it – and expert support from Lina Andéer, Advisor on Gender and Women, Peace and Security. It is also the first time such a programme is delivered for the civilian missions, so we are trying something new that is an experiment for everyone involved. Upon completion of the seven-month programme, we will actively seek feedback and collect and analyse experiences to assess the outcomes of the pilot programme.

“We were fortunate to have EUMM Georgia join forces and do the programme together with us, bringing in their experience and views from the ground.“

What is the main purpose of the mentoring programme for the participants?

Lena Moll: Women continue to be underrepresented in civilian crisis management missions. With the mentoring programme, we aim to support experts in these missions in their professional and personal development as leaders. Underlining the value of working for a civilian crisis management mission and fostering a culture of gender equality among CSDP leadership are core objectives of the programme to make way for more women in leading positions in the future.

From the perspective of a mentee, the primary purpose might be to set and achieve developmental goals with the help of a mentor. As a mentor, the purpose might be the fulfilment of giving back to a more junior colleague, of providing support to an eager learner, of growing leadership skills.

What is the added value of providing a mentoring programme for women?

Lena Moll: For many reasons, men still tend to have stronger informal networks than women. It is particularly difficult for women to network with men who are more senior to them. This programme gives mentees – and really all participants - the possibility to establish strong connections with a network of male and female managers across CSDP missions. If we are aiming for gender equity, we must make a special effort to fill the gap. This programme is one attempt to do so.

How do the missions benefit from the mentoring programme?

Lena Moll: If a manager in the mission is supported, feels heard in a safe space, reflects on choices with a thinking partner, finds solutions to challenges, creates synergies with colleagues from other missions – this should ultimately benefit the mission. If more women are encouraged to move into leadership positions, this will benefit the mission.

What can mentors and mentees take away from the programme?

Lena Moll: Our aspiration is that participants walk away with a stronger sense of belonging to a community of like-minded managers; that they take away a sense of connection, of fulfilment, of purpose. I am always amazed at what some participants end up taking away from their experience – the list is long and varied. It goes from deep friendship, to strengthened self-confidence, to courageous career moves, and study visits between missions.

“If we are aiming for gender equity, we must make a special effort to fill the gap. This programme is one attempt
to do so.“

Taina Järvinen is a Seconded National Expert from Finland at the CoE. Previously she worked as a human rights and gender expert in crisis management at the European External Action Service (EEAS) in Brussels. Her background is in International Relations and International Law and she holds a master’s degree from the University of Helsinki.

Taina Järvinen has extensive experience in the field of international human rights and gender equality as a practitioner, adviser, lecturer and researcher. Among her previous positions, Taina Järvinen has been Human Rights Advisor at the Finnish Foreign Ministry and served with EU, UN and OSCE field missions in Ukraine, Afghanistan, Aceh Indonesia and East Timor. Taina speaks Finnish, English, Swedish and German.

Lena Moll is a Lawyer by training and a Facilitator, Coach and Mediator by passion. Before founding her own business, she spent 16 years working with various International Organisations in the field of organisational and people development. Lena has been delivering leadership development and mentoring programmes with a particular focus on empowering female leaders, and on building inclusive and psychologically safe environments.

Lena is dedicated to bringing out the best in people - for their own and the organisation's benefit. She is extremely grateful that her current job gives her the opportunity to do so on a daily basis. Lena lives in Vienna with her partner, two kids and one dog.