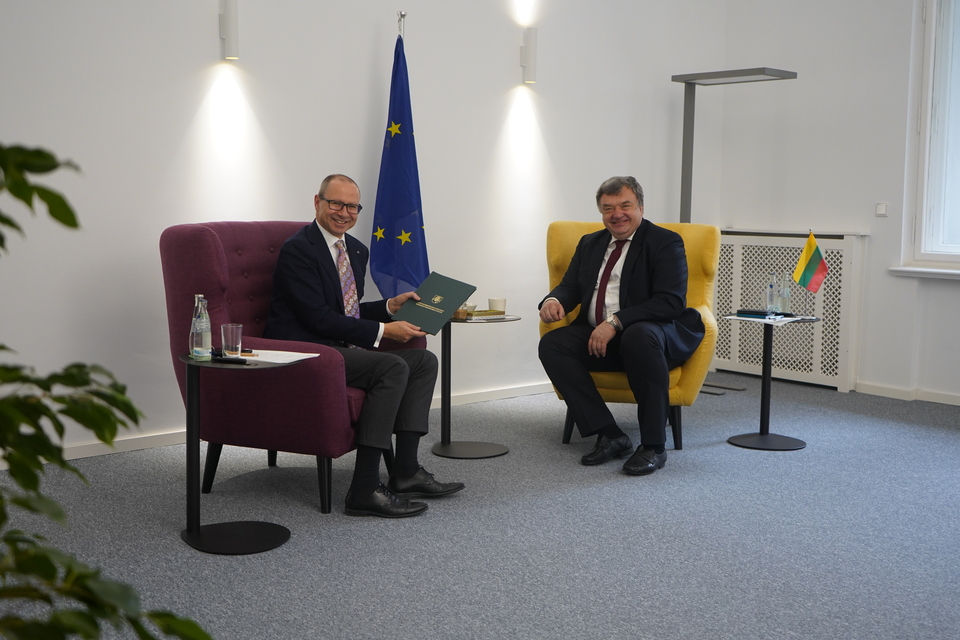 The CoE team and Director Volker Jacoby warmly welcomed H.E. Mr. Ramūnas Misiulis, Ambassador of the Republic of Lithuania in Germany, to the Centre’s premises in Berlin today. During the visit, Dr. Jacoby provided the Ambassador with an overview of the Centre´s current work and priorities, along with an outlook for its future.

On the occasion of his visit, Ambassador Misiulis announced the forthcoming secondment of a national expert by the Republic of Lithuania to the Centre of Excellence.  Director Jacoby expressed his profound gratitude to the CoE´s founding member Lithuania for its commitment to advancing the work of the Centre and of civilian CSDP.

Prior to his ambassadorship in Germany, Ambassdor Misiulis was Minister Counsellor delegated as Political Advisor to the Office of the Special Representative of the OSCE Chairperson-in-Office in Ukraine and in the Trilateral Contact Group at the Lithuanian Embassy in Ukraine.

CoE Director Volker Jacoby extended the distinguished guest a standing invitation to the Centre to continue the fruitful exchange in the future.