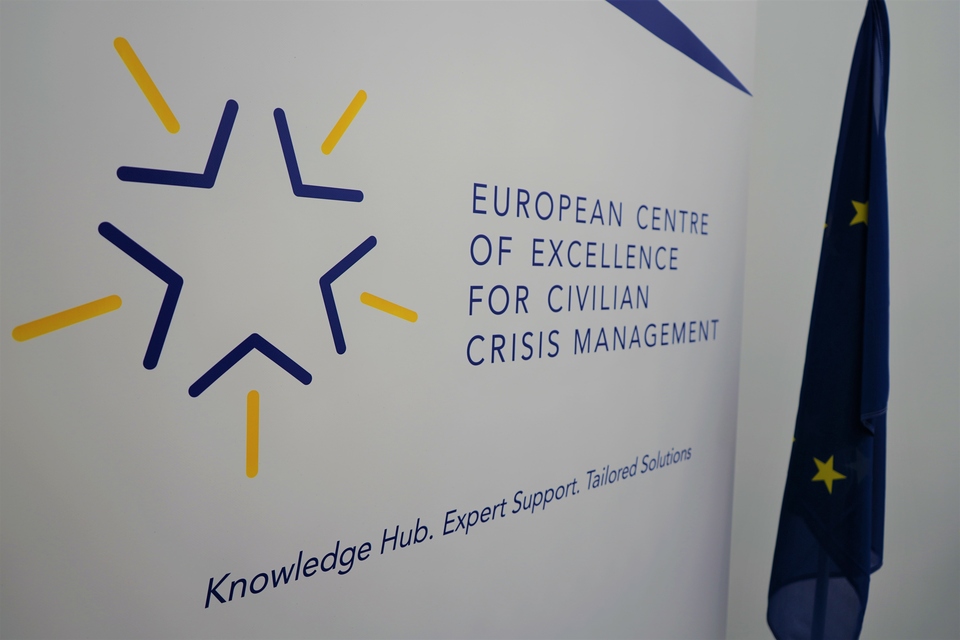 The CoE’s  first General Meeting this year took place in the form of a Virtual Encounter. Members and preferred partners (EEAS and NATO IS) met virtually to engage in discussions and exchanges regarding the ongoing work of the Centre. The main focus of the General Meeting was the presentation of the CoE Priorities that will be shaping the Centre’s activities and outputs for the coming months.

Six months at the CoE

The CoE team of seconded national experts and permanent staff reported on the Centre’s activities over the last six months: Several workshops have been organised, including a climate & security workshop with ZiF and adelphi. In addition to that, the Centre participated in multiple conferences and webinars, among them the SIPRI Stockholm Forum on Peace and Development, a SECDEFPOL NIP Clusters webinar, the Portuguese Presidency conference on “Advancing Synergies”, a European Council on Foreign Relations panel and the International Studies Association conference.

As strengthening the role of women in civilian CSDP remains a strong focus in the Centre’s work and at the heart of all CoE activities, the Centre was proud to launch the Women’s Mentoring Programme with a kick-off event in April 2021. Fifty participants from nine civilian CSDP missions are taking part in the programme that offers support and guidance for mentees and mentors through dedicated bilateral mentoring and additional workshops over the course of seven months. The programme was developed by our Finnish Seconded National Expert Taina Järvinen in cooperation with and in support of CPCC.

Going forward, the CoE is organising a series of several workshops and other events, starting off with two workshops on budgetary frameworks and civilian CSDP-JHA cooperation.

“The Centre’s recognition and outreach has been growing, positioning the CoE as a beacon of our members’ commitment to fulfilling the Compact and as a unique approach to implementing them within the multilateral landscape of our European cooperation.“

Facilitating the exchange of good practices through matchmaking and developing tailored solutions for members’ requests, with a view to fulfilling the Civilian CSDP Compact by 2023, continues to be the Centre’s main aim. Additionally, identified good practices will be augmented through input from CoE experts. All of the CoE outputs will be made available on the Knowledge Hub, launching shortly.

CoE Director Dr Volker Jacoby highlighted the positioning of the Centre as a linch-pin in between three different groups of actors in European civilian crisis management: the EU Member States, the institutions in Brussels and the civilian CSDP missions. In order to strengthen and enhance civilian crisis management within EU foreign and security policy, the CoE recognises its role to bring these actors together to contribute to fulfilling the objectives set in the Civilian CSDP Compact.

“We are convinced that we will be able to support this triangle of actors in civilian crisis management even more in the future, while we are deepening and to some limited extent broadening our portfolio.“

To refine the work of the Centre, the following eleven CoE Priorities were introduced to the members and preferred partners:

Within these Priorities, the Centre is positioned as a service provider for its members in support of their continued efforts for a more efficient and joined-up civilian crisis management.

CoE Director Volker Jacoby closed the meeting by reiterating that the CoE’s core assets are its human resources, encouraging the members to continue seconding highly qualified national experts to work at the Centre in Berlin, and interacting with the CoE through individual requests for support and service.